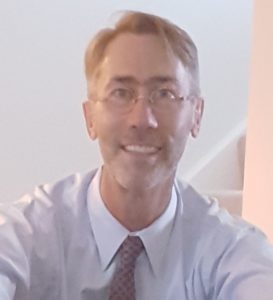 Family. Community. Hard-work. These are just a few of the words that can be used to describe Patrick Reidy. Since living in Saratoga Springs, NY, Patrick Reidy has constantly involved himself in the community and bettering those around him. He has helped a number of charitable organizations and non-profits. Some of his community involvement includes working on the board of Trustees for the Corning Community College, Director for Capital District American Cancer Society, and Director of Southern Tier Economic Opportunity Program. His love of sports, such as basketball and golf, has also allowed him the opportunity to coach for Capital District AAU and work on the Regional Affairs Board for New York State Golf Association.

It was important for him to give back to Corning Community College, as he obtained his AA in Liberal Arts from the College in 1982. He then went on to earn his BA in Economics from Elmira College and a JD in Municipal Law and Taxation from Buffalo Law School. Since then, he has been working in sales and client representation for companies such as Fastsigns, Charbonneau Roofing, and most recently Bath Fitter. Previous positions also included tax preparation, business consultation, and Business Law instructor at Empire State College.